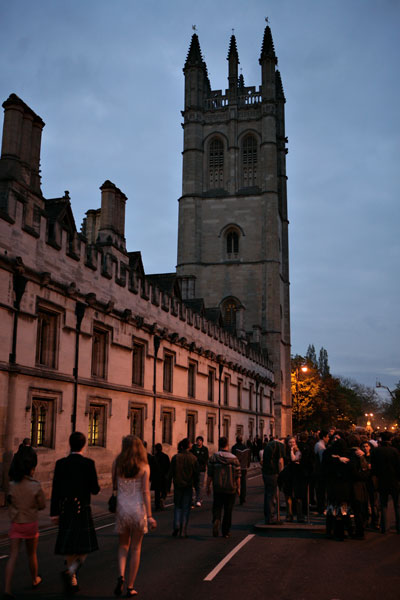 The buildings of the colleges and the University, both ancient and modern, are renowned for their variety and beauty, and Oxford has become a major world tourist attraction. Its scholarly resources place it in the first rank of international research universities. The Bodleian Library, a copyright deposit library since 1610, incorporates extensive collections of books, manuscripts and periodicals in many languages. Oxford has many museums and collections of artefacts of world importance, the best known being the Ashmolean Museum, the Natural History Museum and the Museum of the History of Science; there are 140 libraries in Oxford situated in the colleges and specialist departments and all of them contain rare and specialised materials – there is a central searchable catalogue uniting nearly all of these collections.

The system of education at Oxford has some unique characteristics, which differentiate study there from other universities. Students wishing to read for the Bachelor of Arts degree in one of the Final Honour Schools will be taught one-on-one or in very small groups by a tutor, usually in their own college. The student is expected to research and write an essay every week (sometimes two) and defend it in discussion with the tutor, who will then probe and refine the student’s understanding of the topic. This system of intellectual exchange provides students with a considerable amount of individual attention. This is in addition to an enormous programme of lectures provided at University level for students to choose from – often on advice from their tutors – covering every subject available and given by local and visiting scholars. In addition there are classes, seminars and laboratory exercises usually openly available in colleges and departments. Attendance at lectures is voluntary, but any member of the university is free to follow any course of lectures of interest to them, whatever their own subject.

When it comes to examinations Oxford insists on a separation between teaching and examining: college tutors, usually Fellows of colleges, provide the teaching while University boards of examiners perform the latter. This arrangement contributes to a sense of partnership between student and tutor.

With its enormous range of resources Oxford can be daunting to the newcomer. It is best to think of it as a place where students come to educate themselves, finding their own way through the vast array of what is available. Some make college life their centre – with its student common room, the ‘buttery’ or bar, informal gatherings and sports activities as their focus for making friendships and developing ideas. Others venture into the wider University with its range of specialist societies, debates, theatre, music and sports life and literary activity. There is much student journalism reflecting the issues and debates of our time. Most students find time to participate in at least a little of both college and university life.

Most colleges have sports grounds nearby with tennis courts and playing fields for soccer, rugby, cricket and field hockey. College boathouses on the river Thames (locally known as the ‘Isis’ after its Latin name) support major rowing competitions among the colleges. Athletes who are selected to present Oxford University against Cambridge University are awarded recognition as “Blues”.

The academic year in Oxford (commencing October of each year) is divided into three terms each of eight weeks. Terms are interrupted by six-week vacations in mid-winter and spring and by the “long vacation”, which extends from late June to early October. During these vacations, however, undergraduate students are expected to maintain their academic work by at least undertaking, as the University’s Undergraduate Prospectus puts it “the wide, more leisurely reading which is essential to all courses”. The pace of work for graduate students continues through the year. 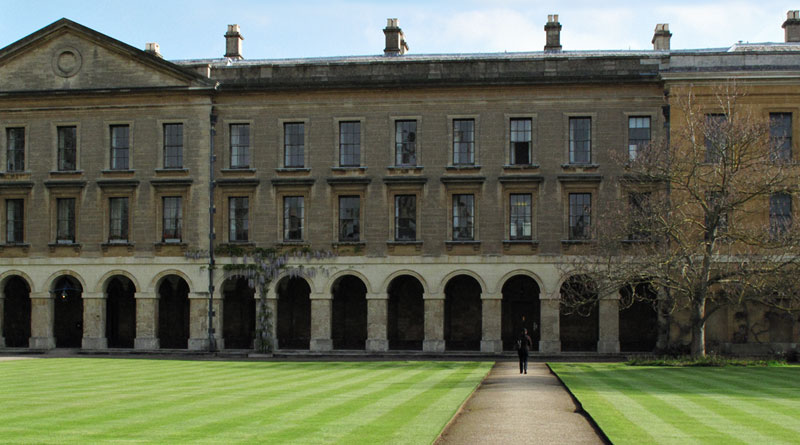 Some graduate students (including some Hill Scholars) decide to undertake a ‘second first degree’ with Senior status instead of a Master’s degree or doctorate. At Oxford a graduate is permitted to do this in two years instead of the usual three (or in three instead of four). They make this choice often because they want to go through Oxford’s unique undergraduate tutorial system. Nearly all Hill Scholars have a full degree at a Russian University before applying to Oxford

Details about the requirements for these courses of study are published annually in the Undergraduate Prospectus.

Advanced degrees are of two kinds: degrees taught in graduate courses (“taught degrees”) and research degrees. [At Oxford no degree is awarded on the basis of the accumulation of credits and progress toward either type of advanced degree depends heavily on individual student initiative.] Some graduate programmes include classes, seminars and sometimes tutorials and always a supervisor, but graduate work at Oxford relies fundamentally on a student’s ability to work independently to good effect.

The Advanced degrees which are obtained by course work and examination, include the Master or Bachelor of Philosophy degree (MPhil or BPhil). Degrees, which are obtained by research plus an examination based upon the candidate’s thesis, include the Doctor of Philosophy (D. Phil.) degree, an advanced research degree which usually requires three years, and the shorter research degrees of Master of Letters (MLitt.) in Arts and Social Studies subjects and the Master of Science (MSc.) by Research in Science subjects, both of which may be obtained in two years.

In recent years, as noted above, the Master of Philosophy has been the most popular of the advanced degrees among postgraduates. (In the Faculty of Philosophy only, this degree is designated Bachelor of Philosophy).The MPhil is awarded upon the successful completion of a two-year course of study culminating in a short thesis and group of examinations similar in format to those required for the BA degree. 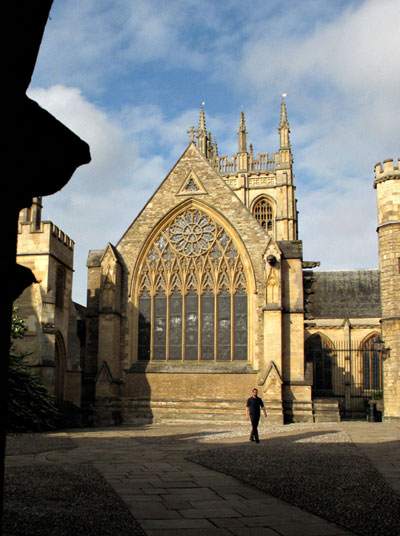 Programmes are rigorously demanding and admission to these programmes, which is determined by the relevant Faculty Boards of the University, is highly selective. Applicants for admission to these MPhil programmes must in all cases have a substantial undergraduate background in the proposed area of study. Two samples of recent written work, approximately 2,000 words each, are required for admission to read for any degree in any subject other than a mathematical or scientific subject. Fields in which the MPhil may be pursued are listed in the section Studying at Oxford University.

There is also an increasing number of one-year taught Master’s degree courses (MSc or MSt), mostly in the arts and social sciences. In some subjects students will be advised or required to take an MSt or MSc before going on to do the MPhil or DPhil. Details of available one-year courses can be found in the Graduate studies Prospectus.

Candidates who aspire to the research degree of DPhil will first be registered as Probationer Research Students and then proceed to DPhil status after passing a qualifying test normally taken at the end of the first year of work. It is permitted to take the DPhil after six terms (two years), but most people require at least three years to complete a thesis, which meets the high standards for “a significant and substantial piece of research”. If a student is not able to pursue research for more than two years, there is the possibility of pursuing either of the lesser research degrees, the MLitt or the MSc by Research.

The pursuit of graduate work for a research degree of any kind at Oxford is best understood as an individual opportunity in the company of other independent scholars to utilise its resources for research, which include the Bodleian Library and other libraries, and extensive laboratories equipped for advanced scientific research. Even Oxford’s “taught” graduate degrees, such as the MPhil, are characterised by much more independent work than most students from Russian universities will have been accustomed to. Finally, all candidates should understand that it is very difficult, and may be impossible, to change degree courses after admission to Oxford. So, the choice of your course requires very careful consideration.