What exactly are you studying?
I am studying Russian, focussing on Russian literature. The BA course is pretty much everything in Russian literature from the medieval chronicles to the middle of the 20th century.We have lectures which provide some background information and mostly the teaching style is tutorials.We are usually two students or sometimes three to one tutor.We meet every week and get essay assignments and a reading list. Then we study a particular author on our own and write an essay on him, and when we come to the tutorial we discuss it. Someone reads out an essay and the rest discuss it with the tutor. Sometimes there are seminars which is a bit like lectures but more interactive. There are more students involved but we don’t have to write essays.

Why have you chosen this course?
Primarily because Old Russian literature is very interesting. From an academic point of view and also I suppose, because I am Russian.We get to practice translation which I enjoy. There are skills which are purely practical which we require during the course such as analysing information, gathering facts and opinions from different sources, deciding which information is important and which isn’t . Then putting it all together to make a concise picture. And I think that is useful in any industry.

But why is this not possible in Moscow or St Petersburg?
It is possible, but strangely, Oxford is a very good centre of Slavonic studies. There are amazing specialists here and it is always interesting to see the western perspective on my native literature. In Russian universities they tend to concentrate on Russian interpretations and often the shortcomings are that much of Russian literary criticism is from the Soviet times and they are very ideologically rigged. Whereas here, there is very serious, proper independent academic study and western Slavists have made advances which very few people in Russian know about. Here at Oxford, the system allows you to concentrate on subjects that you are genuinely interested in. You don’t have to study what doesn’t interest you . In Russian universities there is not this choice and it is compulsory to study a particular subject and the curriculum is much wider.

What are you planning after this, your final year?
I am applying to get a master of studies degree. In the long run I would like to get a PHD and after that I would like to start working. There are a number of careers which I would consider like translation or journalism, I have already written several articles which have been published in Russia.

What sort of journalism?
I’ve written about Russian issues, half reporting, half analysis. I talk to people, interview them maybe, then I trawl the internet for further information and to check facts. After that, I piece it all together. It is the sort of writing you would find in Time magazine, it’s that sort of journalism… and at the moment I write in Russian for Russian publications.

Is there any kind of Social welfare in Russia at the moment?
There are still the remnants of the old Soviet socialist system and as far as I am aware there is a free national health similar to the UK. And most people use the national health rather than private practice which is expensive. At the moment there are huge investments from the government into medicine and education and education in Russia is free.

How do you find studying at St Edmond Hall?
It’s amazing and a privilege to be here. It is an experience which is really unique and something you would not get at any other university. It is very intense. Russian universities make you study from 9 till 5 but you don’t get to concentrate quite as much on the subject that you actually wanted to study when you applied. You don’t really get much opportunity for independent study. So you go to lectures and you are told how things are, you write that down and for the exams you just learn it by heart and you recite it. Whereas here you get to read about an issue in great detail and think about it and form your own opinion. Then you discuss it with the most intelligent of people. I have lots of time which is not taken up with compulsory commitments. I have 2 hours of tutorials a week. Lectures which are not compulsory but which are good to go to and I spend most of my free time in the library or in my room studying.

What were your first feelings when you came to Oxford?
I was really confident actually, slightly over confident to be truthful, so I didn’t pay much attention to the outside world. There was no culture shock. Everything was already familiar to me. It is really good to be here now and I enjoy living in England but I am not sure I would prefer it over Russia. Ultimately, I would prefer to live in Russia. I think many things there are more convenient for life. 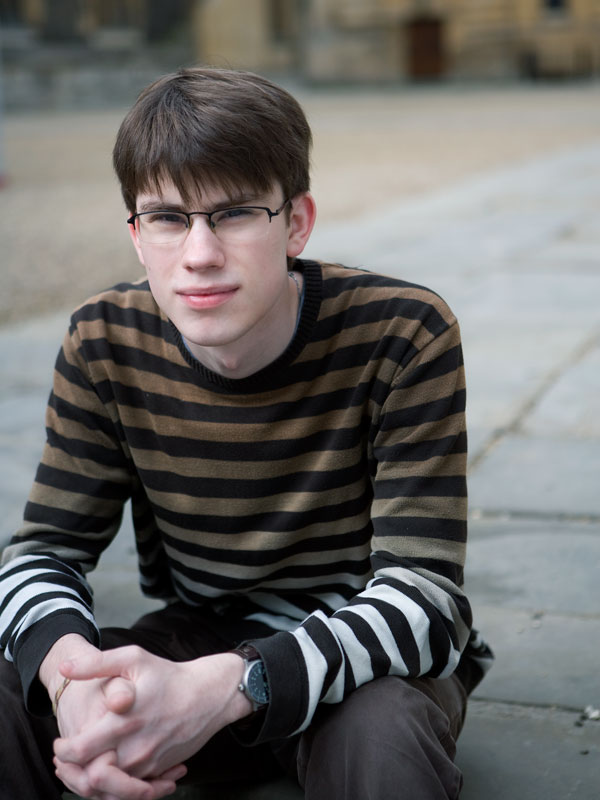