You are the youngest here. How did you come to be at Oxford?
I got interested in computing at the age of about seven when I got my first, very old computer and I started programming on it. It was very exciting. When I was a bit older I went on to Moscow and joined the computing club and took some lessons. Afterwards I participated in the Step into the Future conference at the Moscow Technical University. It was a success. So from a very early age I was hoping to go to Oxford. I graduated from school and was very excited when I was invited to come here for the interview. The only problem, of course, was the funding. My parents could never have afforded to send me. I was very happy when I discovered I’d been awarded a Hill Foundation Scholarship. It was probably the best day of my life.

Was it hard for you being away from home?
No, I think I am doing alright, but I obviously miss my family.

What are you are studying here?
I am in my second year now doing computer science which involves pretty much everything to do with computing, formal knowledge and logic. It involves things like artificial intelligence and robotics. Right now my course is very general but I am hoping to specialise in artificial intelligence later and maybe robotics.

Do you think that’s where the future lies?
Yes, I think it’s going to be huge. It is very early days so now is a good time to be involved.

You expect to see big changes in your lifetime?
Oh yes, Bill Gates said that he didn’t think anyone would need more than a few kilobytes of memory but now we use gigabytes of it. No-one can predict what is going to happen in years to come.

Do you know how to repair and build computers?
Yes, that’s not what I am studying but I could do all that before I came here. I was already doing pretty much anything you could do with a computer before I came to Oxford.

Can you hack into computers and outwit software?
Yes I have some experience, but nothing illegal, or course.

What is your agenda in your final year here?
I will have to do a few courses and a project by the end of the year. There is an international research and education initiative called RoboCup. The ultimate aim is that by 2050 we develop a team of fully autonomous humanoid robots that can beat the real World Cup football team.

Are they life-size robots?
No, actually they are a bit smaller than humans. I am hoping to work on robotics next year with Dr. Stephen Cameron. I haven’t worked with him yet but I have heard a lot about him.

This sounds to me like an expensive project to fund.
We will probably be working with the Physics Department so costs will be shared and computers at this level are not really that expensive. A normal desktop computer will do and it’s mostly work on paper at this point. So I don’t think it’s that expensive.

And what will you do after your degree?
I am hoping to do a PhD here at Oxford.

And will you be funded to do that?
I don’t know yet. It’s too early yet to say, but that is my plan.

What would you like to be doing in ten years’ time?
Well, I am hoping to be working on something exciting. That’s all that matters to me. I would very much like to go back to Russia, but it depends on what happens in the meantime.

Tell me a little bit about your time here at Oxford.
The problem with Oxford is that there are almost too many opportunities. You want to do everything, but you simply don’t have enough time so it’s a hard choice and time management is crucial here.With regard to sport, last year I was involved with the rowing club, taking part in some races, the spring Torpids and the summer VIII’s. This year I am doing a bit of power lifting. I don’t really have that much time for anything else, but I try to get involved in Oxford life as much as I can.

Are there any downsides to life here?
No. The thing about Oxford is that if there is something you don’t like, you can always try to change it through the Junior Common Room (JCR) committee at university level because it’s very liberal. At the end of each course they ask for our opinion, so if I don’t like something I can always try to influence changes.

Would that happen in a Russian university?
They are trying to go that way with the student governing bodies, but it’s not as well developed there.

Have you looked into the American universities?
No, not really. The most important thing for me is the people I’m working with. If I find someone with whom I share the same interests and who could help me and guide me I think it would be great to study there.

Have you made a lot of friends outside of your course?
People here are very friendly and open. I don’t think I could wish for more. 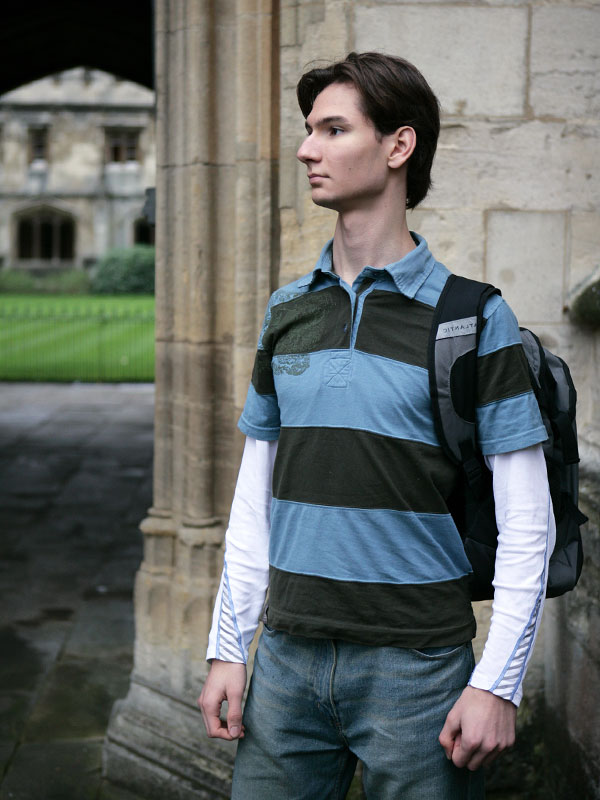